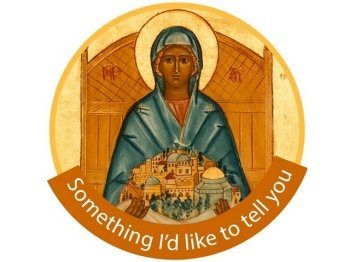 The second of three reflections by Cardinal Filoni in preparation for the feast of Our Lady of Palestine, Patroness of the Order:

Listen to “A lifelong companion” on Spreaker.

If you are seeking something, pause for a moment.

Restlessness brings no rewards.  I have something to tell you that may interest you: “Be temperate, be vigilant!”. The Apostle Peter (1 Peter 5:8) said this to the recipients of one of his letters, he who was a restless disciple of Jesus, so much so that in the Garden of Olives he resorted to the sword, which Christ made him put away.

I would also like to repeat this to you, my friend who is listening to me!

The Catechism of the Catholic church lists it among the cardinal virtues, and its synonyms are frugality, moderation, sobriety, order and balance. What can we say? The world loves excess; the media rewards it headlines.

And yet, we are all convinced that consumerism, even though we cannot help ourselves, brings no rewards: nature rebels, social crises increase, life is ruined!

Gide – a tormented French writer – had reinvented the parable of the prodigal son, believing that really living lay in the willingness to have every experience; then he confessed that he had not found happiness in that either.

Temperance… It is temperance that teaches you the pursuit of good, your own and that of others, and it is vested in charity.  Noble charity! The  charity has a link with God, that gives us a hand to descend the steps in the dark moments of life.

It is not a virtue for the weak.  Mary made it her lifelong companion.

You should try it too!

This website uses cookies to improve your experience while you navigate through the website. Out of these cookies, the cookies that are categorized as necessary are stored on your browser as they are essential for the working of basic functionalities of the website. We also use third-party cookies that help us analyze and understand how you use this website. These cookies will be stored in your browser only with your consent. You also have the option to opt-out of these cookies. But opting out of some of these cookies may have an effect on your browsing experience.
Necessary Always Enabled
Necessary cookies are absolutely essential for the website to function properly. This category only includes cookies that ensures basic functionalities and security features of the website. These cookies do not store any personal information.
Non-necessary
Any cookies that may not be particularly necessary for the website to function and is used specifically to collect user personal data via analytics, ads, other embedded contents are termed as non-necessary cookies. It is mandatory to procure user consent prior to running these cookies on your website.
SAVE & ACCEPT